Home » From the Field » Video Series » The Story Behind KOSOVO 2.0

The Story Behind KOSOVO 2.0 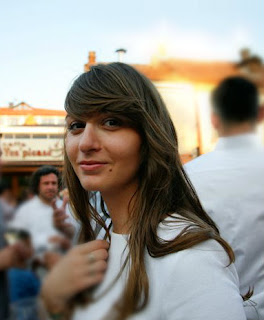 As a young girl living through the Kosovo war, Besa Luci was frustrated with the media. She felt they were always asking the wrong questions, and dreamed of a day that the voice of the masses would be heard.

Today, that dream is a reality. In 2010, Besa founded KOSOVO 2.0, a new media platform which gives youth voices, often underrepresented, a place to be heard. Longer feature-based articles are printed in a quarterly magazine, while shorter pieces are featured on the blog. KOSOVO 2.0 has over 200 bloggers around the world who cover topics ranging from satirical romance advice to more serious exposés on high-power corporations.

In just two years, KOSOVO 2.0 built an engaged readership of over 7,000 people who frequently comment on articles and interact with content on a deep level. Readers often don't agree on politics, religion, or even which shows are worth watching on television--but they all return--because they do agree that KOSOVO 2.0 is the uncensored and irresistible voice of the people.

Watch as Besa describes how KOSOVO 2.0 became the go-to outlet for raw, honest, and poignant journalism in the Balkans and beyond.

Besa is a 2013 Laureate Global Fellow. If you took a dream from idea to action like Besa did, we invite you to apply to be a 2013 Fellow! Don't wait, the deadline is Sunday March 17th at midnight EST. Learn why you should apply and how to write your perfect fellowship application.
Labels: From the Field, Video Series
Share this post