Afif Tabsh is a management consultant and instructor of Project Management at the American University of Beirut. Passionate about volunteerism and community development, he currently serves on the Boards of four NGOs, as well as leading his own NGO, AieServe. He is a Laureate Global Fellow of YouthActionNet, winner of the King Abdullah II Award for Youth Innovation and Achievement, Ambassador of Peace at the Universal Peace Federation, and a Global Shaper at the World Economic Forum. 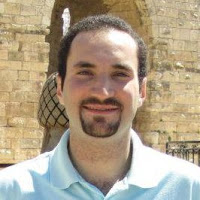 I’ve been involved with NGOs for years, yet I’m constantly surprised with the vast differences in how people perceive board members and how board members themselves perceive their role. To some, a board is a group of people who attend meeting after meeting with no real outcomes. To others, it’s some mythical, grandiose, elitist group who are granted special powers to lead the organization. I’d like to help demystify all of that…

To start with, the Board is sometimes called the Board of Directors, Steering Committee, Executive Board or Executive Committee. Despite of the naming diversity, the roles and responsibilities remain the same.
So let’s talk about the core of the issue—what is expected of board members?

Board members have three key roles that form the pillars of any NGO:

Board members are elected members that lead the organization; often they include founding members. In this context, all major decision making in the organization goes through them. In my experience, I have noticed that sometimes board members become passive and rather apathetic to decisions being made, which can bias the views of the organization towards the opinions of the remaining Board Members. If you’re on a board of an NGO and you see this happening around you, you’re not alone…it’s a trend!

It’s important to deal with this issue because if all members aren’t represented in each decision, you’ll see resistance and conflicts arising here and there every once in a while, especially from the inactive board members who can feel out-of-touch.

What makes decision making in NGOs different from private sector or governmental institutions is the fact that everyone’s opinion matters and most decisions are done either democratically or through consensus. It should never be a one-man show.

In addition to having a decision-making role, all boards have a distribution of roles and responsibilities where the most common structure is: President, Vice President, General Secretary, Treasurer and Accountant. Each individual not only has his decision-making role, but also a functional role to play, whether it’s taking care of financials, managing internal communication or heading committees. If those tasks and responsibilities are implemented properly, this second pillar will ensure that the NGO stands tall and becomes sustainable. When leadership roles are managed properly, the internal dynamics of the organization function properly.

Yes you read it right—as soon as you become a Board Member of an NGO you suddenly become a ‘jack-of-all-trades’ as your responsibilities expand beyond what you expect. You roll up your sleeves and take on tasks related to strategic planning, outreach, public relations, proposal writing, volunteer management, project management, reporting, web development, graphic design, fundraising, training, consulting, event organizing and so on. Great board members do not just make decisions or perform the duties of their title, they get involved at all levels and are able to assist, support and improve what their organization does.

Based on my experience, I can say that those three pillars, if implemented properly, are what make a healthy board and thus a healthy organization. If you’re a board member, and you feel you are missing out on any pillars…then consult with your team. You might be holding your organization back. If you’re doing all three and you feel other board members aren’t, then it’s time to discuss sharing the workload.

Properly leading an NGO can be as time consuming and demanding, if not more demanding, than leading your own company. The work is social and collaborative, and you must coordinate with several decision makers who are equal to you on levels of authority, ownership and responsibility.